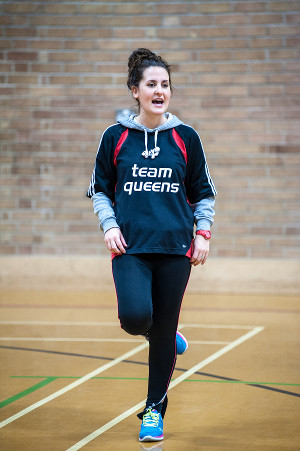 team queens is the name the club gives to the coaching team. It is made up of Nick Masson, Sarah Preece, Rachel Theedom, Martin Higgins, Ed Moffatt, Kim Wills and Hannah Preece as Level 2 qualified lead coaches and Adrian Partridge, Ben Metherell, and Jan Skinner as Level I qualified assistant coaches.

Becky Tancock is our resident fitness and conditioning coach.

The team are supported by Steve Butler (current England Mens and Ladies Singles Coach) under a badminton consultancy to provide advice and support plus Liam Cordery who advises from the Exeter Peformance perspective under our agreement with the Exeter Performance Centre.

Nick Masson – Chairman of Queens Badminton Club – Head of Performance – As a qualified level II coach, Nick has coached at both club and county level and started coaching after qualifying as a Physical Education Teacher from Exeter University. Nick is also Chairman of the Exeter Performance Centre where he works closely with some exceptional people to deliver the performance pathway.

Sarah Preece – Head Coach of Queens Badminton Club – Sarah is a qualified Level II coach and is also still a player on the performance pathway.  In addition, Sarah heads up the development of badminton within the club in her role as Head Coach. Sarah is an inspirational person who inspires players to reach their full potential. Sarah has a current national ranking of 24 (Highest: 22)  and is Ladies’ Singles Devon Number 1. 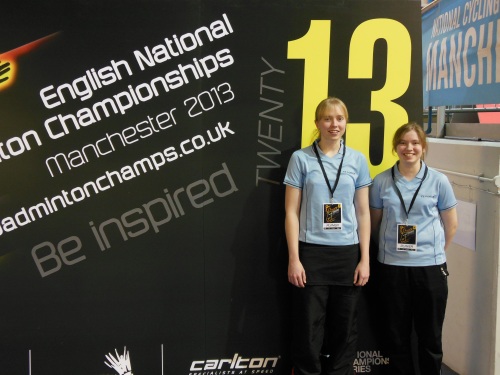 Ed Moffatt – A qualified Level II coach who works with Jan Skinner to lead our Under 8s group. Ed has three children at the club and is also the captain of our Mens C Adult team.

Martin Higgins – A fully qualified accountant who now runs a small holding whilst supporting badminton coaching at Queens. Martin is a qualified Level II coach who is always keen to learn and develop his coaching skills and knowledge.

Hannah Preece – Another qualified Level II coach at the club.  Hannah is currently studying at Bath University and plays at senior county level as Devon Number 2. Hannah regularly supports the club when she returns from university to play for our teams and coach the younger players.

Rachel Theedom – Rachel supports the Monday night session as an assistant coach. Rachel has been part of the club for a number of years, both as a player and now as a coach. Rachel is an enthusiastic supporter of the club and also sits on the committee covering club administration.

All our coaches work with the Player Coaching System.

queens bc Player Coaching System (PCS) has been specifically designed by queens bc to help coaches take a player through from the fundamental principles of badminton to high performance play.

The PCS is a comprehensive integrated progressive coaching programme based upon sound technical and educational principles as identified by the Badminton England and other recognised sport bodies.

Develop a Wide Range of Skills

The system encourages not only technical skill development but also physical tactical and mental development of the player. Developing the player as a rounded person is an integral part of the club.

Developing a wide range of opportunities for future progress whilst making sure that the basic technique is of the highest level.

All coaching sessions are based upon the following formats:

The club follows the principles identified in the Long Term Athlete Development Programme.

Assessment is a critical part of the PCS as this will form the basis for progression from one grade to the next and identifies coaches and players performance against measured outcomes.

The Award Scheme has been designed to motivate players to perform throughout the PCS and at the same time measure their progress. The criteria for the awards match the various outcomes of the PCS.

The following information supports the PCS to help explain exactly what is required at each of the developmental grades.

The system is broken down into 10 grades. Any grade is completed when each of the key components has been achieved. Coaches are given the flexibility to allow a player to move to the next grade when all but two of the elements have been completed but then must be completed at the next grade.

Each session over a ten week period will be based upon the coaches achieving the grade for their players.

Each grade is identified by a colour; Grade 1 is white Grade 2 Lilac and so on to Grade 10 Black.

Coaches are given the flexibility to decide exactly what practices and methods should be adopted to achieve the identified skill elements within the grade.

It is anticipated that it can take as long as four years to progress from Grade 1 to Grade 10. Other players may well progress more quickly through the system. However it should be remembered that the quality of technique is one of the most important factors. The coaches aim to produce high technically competent players at the end of the scheme able to compete at the highest level.

Fun and enjoyment are at the very heart of all the grades and no less at Grade 1. The main emphasis is helping players to feel confident about being in the sports hall with other players and knowing where facilities are and what equipment is available. Helping players to understand how to use the equipment is important. For health & safety purposes players should be given the basic codes of conduct whilst playing and moving around the sports hall. Players should also be told how to bring any problems to the attention of coaches.

In terms of skill development stop and start movement combined with basic racket head skills of tap whip and push are essential and methods for achieving such outcomes are taught. The racket strokes are introduced so that players can recognise the strokes.

This grade is about players who have gained some experience of badminton play and who are confident to go on court with another player and get into a game or practice. Players at this level will be fully aware of their health & safety responsibilities whilst at the club.

This is the first level of skill development where repetition and practice are more emphasised to improve skills learnt. As a result of this there is a need to improve the fitness level of the player. The emphasis at this grade is quality of technique. Coaches will be required to work on technique repeatedly.

Movement and quality stroke production are very important at this grade.
Tactics will be introduced so that skills learnt can be put into game play for singles and doubles. An awareness of opponents response to players performance is introduced.

At this grade players will start to understand the importance of attack and defence play. What stroke moves are available and the importance of taking the shuttle early. Combining types of stroke to produce required outcomes are developed. Phases of play are outlined linked to types of shot:
– Hit and Hope
– Building Shot
– Attempted Winner

At this grade the player should be able to move comfortably around the court demonstrating a high level of movement and control along with a wide range of racket skills. Consistency and accuracy are both apparent even when uncertainty is included in the practices.

Players should be introduced to the idea of practicing movement and shots in preparation for the intermediate level. Players will be expected to understand what responses are most likely from certain shots and how they can use anticipation to take the shuttle earlier.

Training to train begins to focus players on the need to build a strong aerobic condition and all round fitness. The focus is on training rather than competition.

Training begins to become even more important at this grade as shots need to be more consistent and accurate. Introducing the training log is a minimum requirement. Coaches at this level begin to introduce the player to the mental as well as the physical conditioning side of the game.

Understanding the important role of deception is emphasised during this grade whilst combining good technique.

Training to Compete is the grade when individual performance is looked at more critically to determine which areas of a players game need improvement. During this grade there should be an emphasis on physical conditioning with increasing intensity work outs. This grade is the lead into the advance category. Improved mental and physical capabilities will need to be demonstrated at his grade.

At the beginning of this grade players are given the opportunity to join the queens bc One To One Coaching which includes advice on training out of the club hours. (see appendix 1)

High Level Training is the beginning of specialization and performance enhancement. All of the players physical, technical, mental and ancillary capacities should now be fully established with the focus shifting to the optimization of performance.

Here players are training to win. High Level Training for All Competition & Tournament Play is encouraged through an integrated approach between parents, players, school and other stakeholders including county and national parties.

All aspects of training are individualized for specific events.

Here players are training to win. High Level Training for All Competition & Tournament Play is encouraged through an integrated approach between parents, players, school and other stakeholders including county and national parties.

National Ranking is important and is used to determine a players level of performance. Again all aspects of training are individualized for specific outcomes and include the development of strength, speed, core body strength and suppleness.