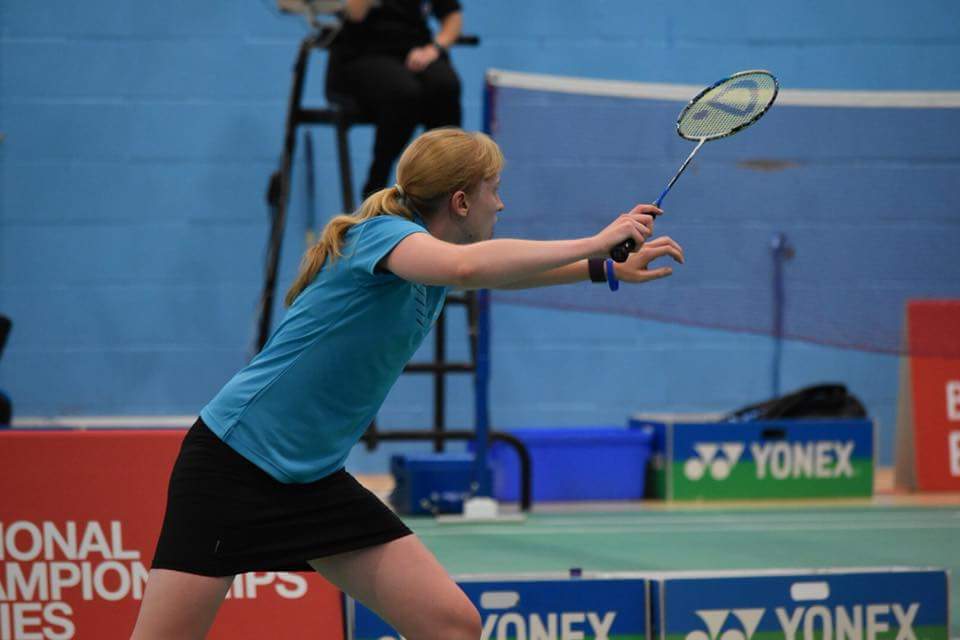 It was great to see a number of players from Devon competing at the very highest level of the our sport in England including two players from Queens Badminton Club Sarah Preece and Jamie Roberton.

Both had tough games to contend with but demonstrated clearly that players from our club can compete at this level.

Nick Masson Chairman said, ‘It was a honour and privilege to be on court coach for one of the great players of our club Sarah Preece. Amy Hayhoe ranked 16 in England was always going to be a tough game for Sarah ranked 26 with the first game ending 21-15 to Amy. Sarah showed a huge improvement from last year and is already looking forward to the new season ahead’

There are a number of players looking to compete at the adult level next year and we look forward to watching them progress this year.