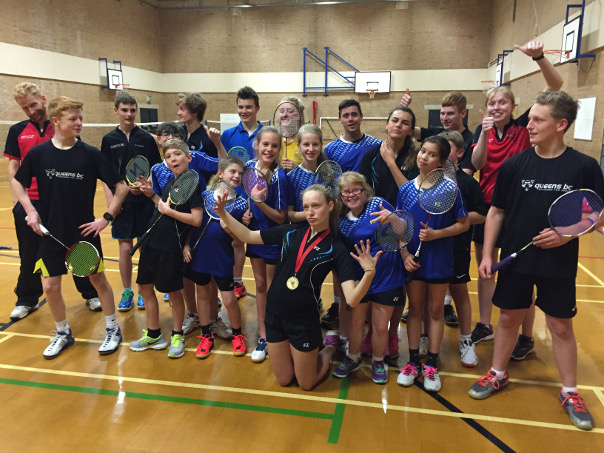 It was great to see the whole club celebrating our most recent success. Bronya Pike played in the U/17 Surrey Gold National Tournament and secured a place in the final. Bronya has been successful before at getting through to a Gold Tournament but this was the first time that any player from Queens has got to the final and won gold.

Club Chairman Nick Masson said: ‘It was great to see the whole club celebrate Bronya’s success and I fully appreciate the hard work that Bronya has put into her training over many years. The support of the Exeter Performance Centre (EPC) has played a pivotal role in supporting that success and we at Queens are delighted that the reward has come in such a prestigious tournament. There are several players in this age group who are really taking their performance to a new level and it is fantastic that this has been demonstrated at a national tournament.’

Sarah Preece, Head Coach and Exeter Performance Centre Coach, was equally impressed with the result and recognised what a tremendous role model we have along with many others in our club.

The combination of club and EPC input has really helped many players progress further than could have been expected.