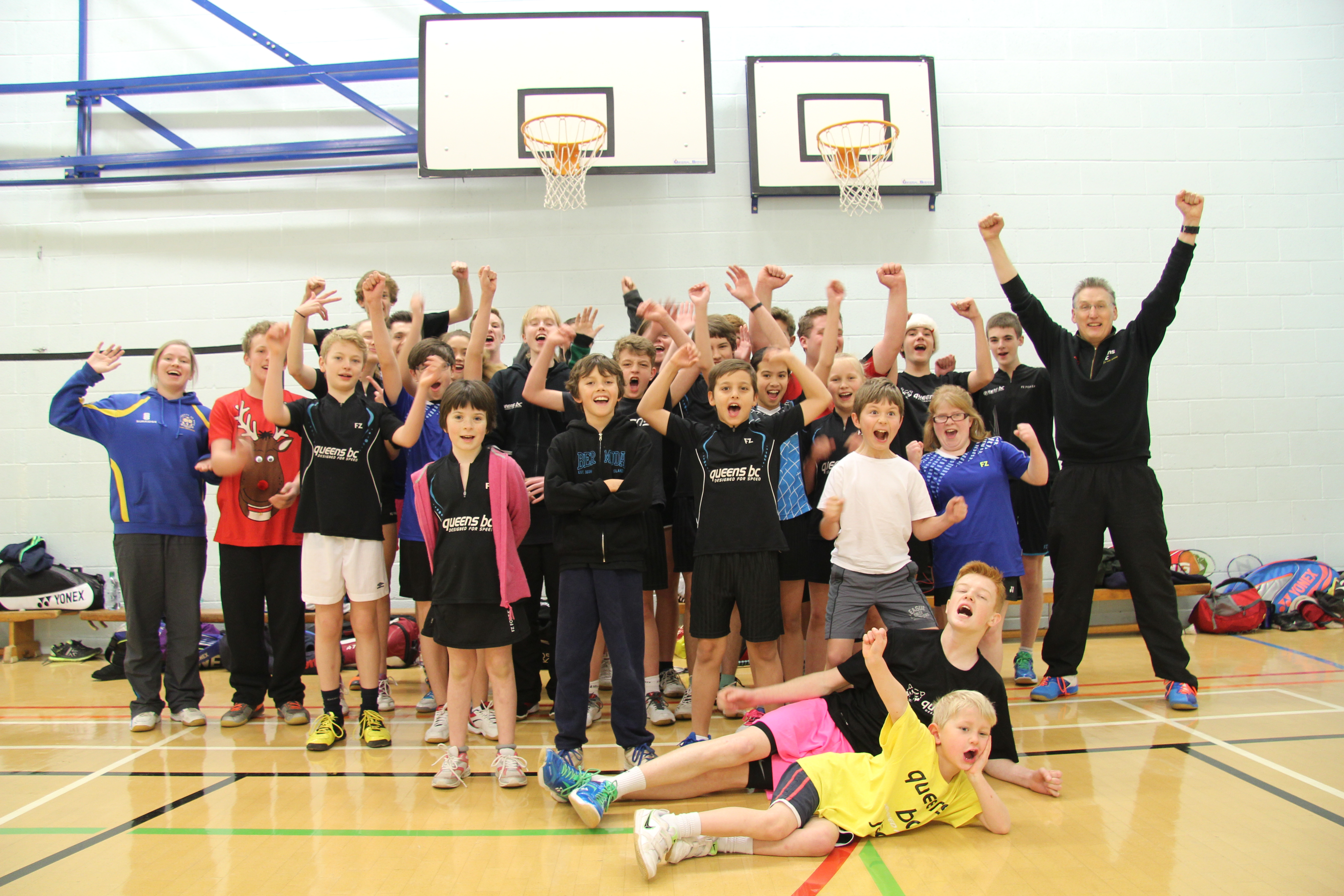 Starting at 8am 30 enthusiastic club members gathered at Chulmleigh sports hall for a day full of badminton / special guests / fun / games / food and even some dancing – of which more later!

After a warm up session we were joined by the Exeter Performance Centre head coach Liam Cordery, pictured below with queens bc head coach Sarah Preece and club chairman Nick Masson. 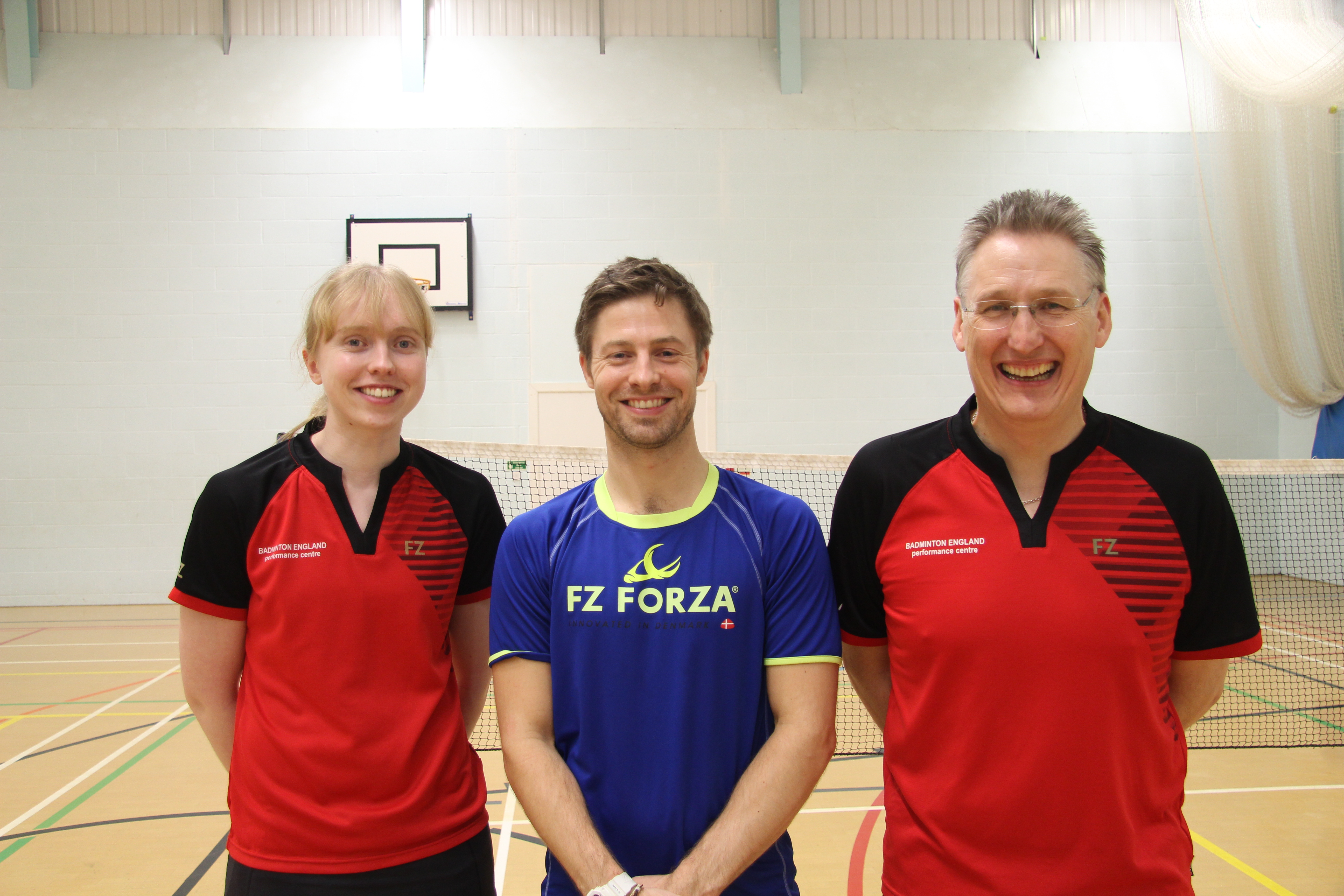 Liam led a number of coaching sessions working with all players during the day. It was great to have his input and for the players to experience a different style of coaching. 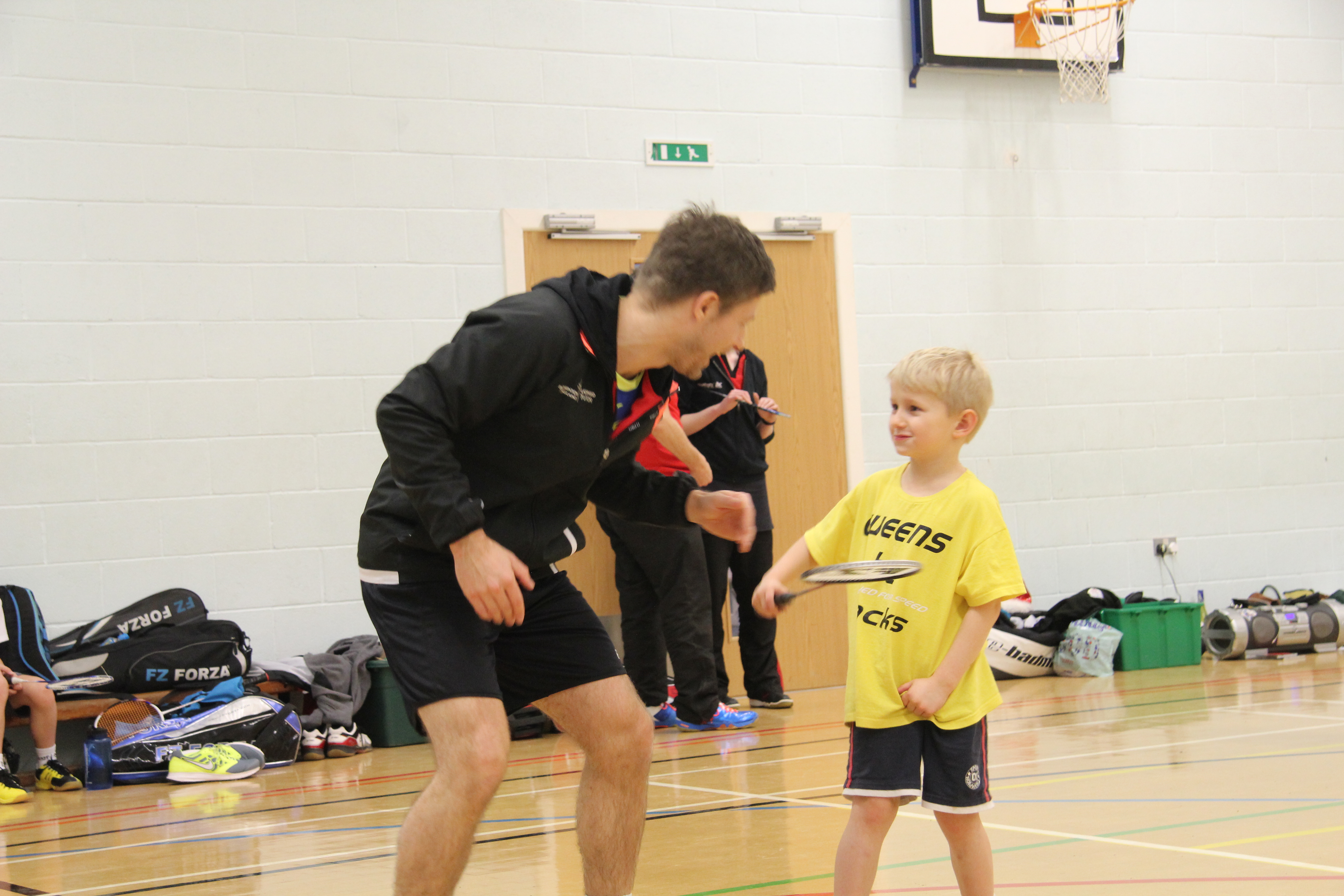 Later in the day David Follett, England Para-Badminton player, came to share his story of disability and badminton. He also took on some of our players and got them to see what it is like playing badminton in a wheelchair. 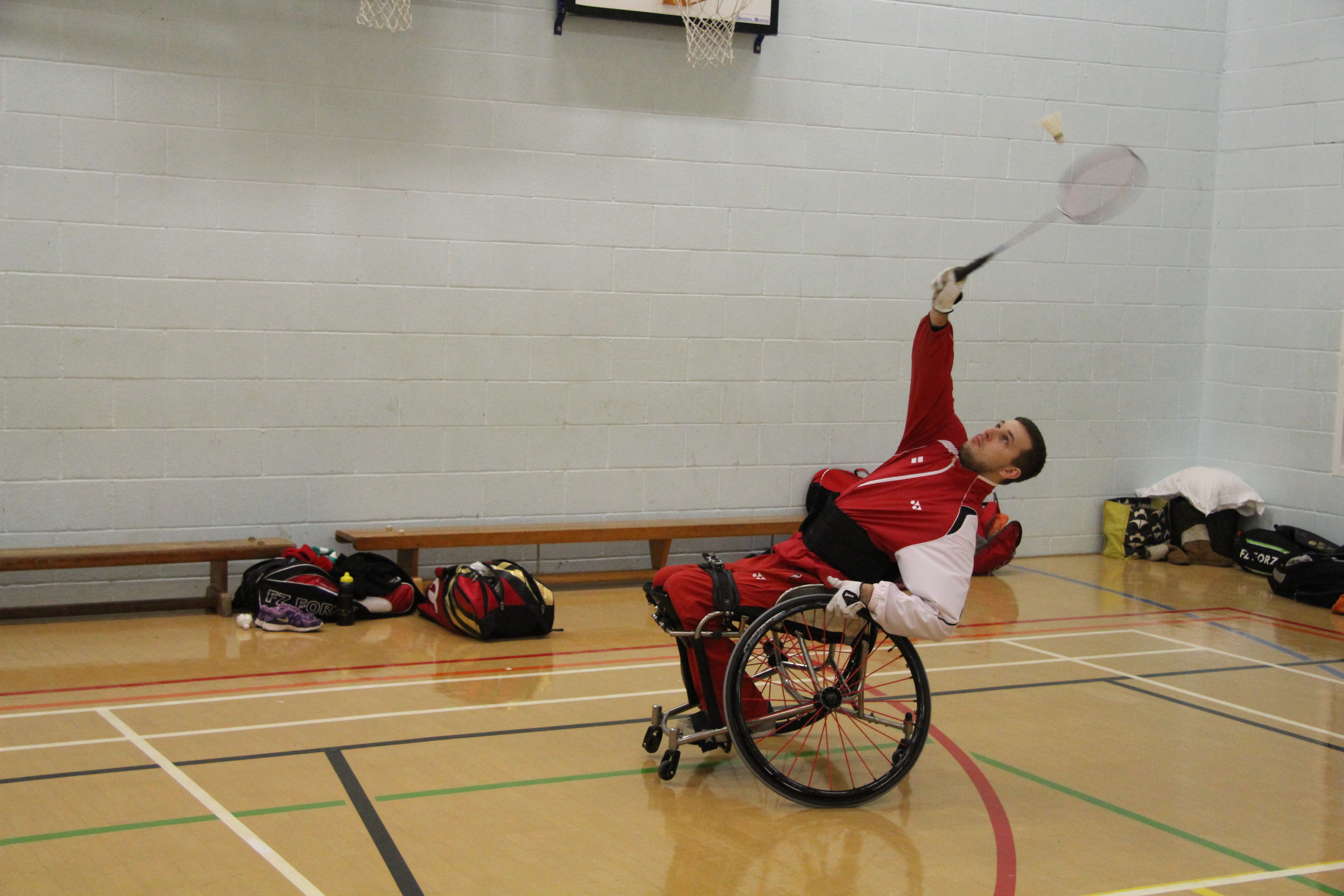 Our conditioning coach, Becky Tancock, then led us in a fancy dress fitness session. Some very colourful outfits were worn by many of the players…..

After a well deserved tea break we were joined by dancers Bryony and Pi who taught us all a routine to be performed in a Strictly Come Dancing style competition. All players and some coaches were paired up and performed in front of an all star judging panel. Below is a picture of everyone learning the routine. 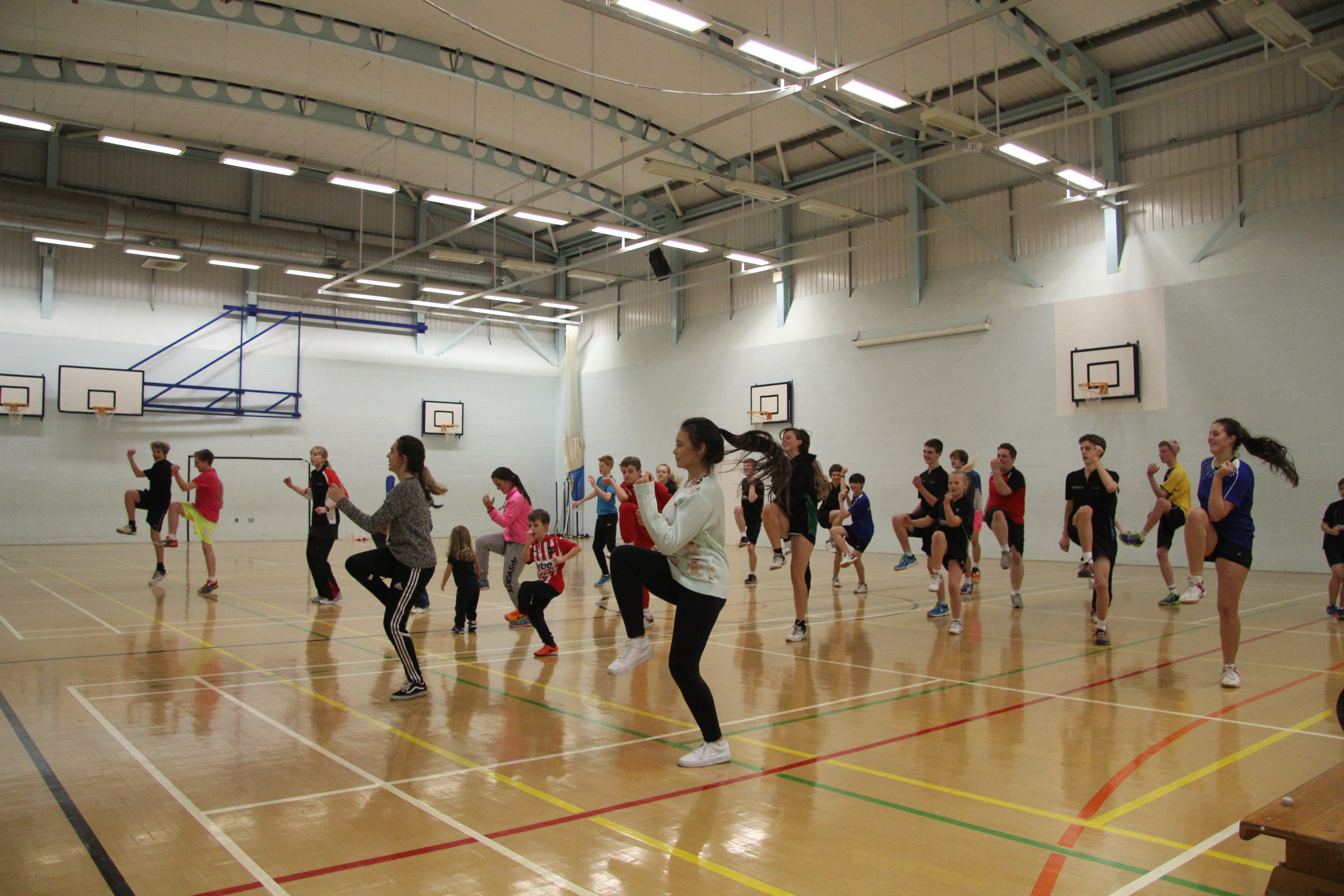 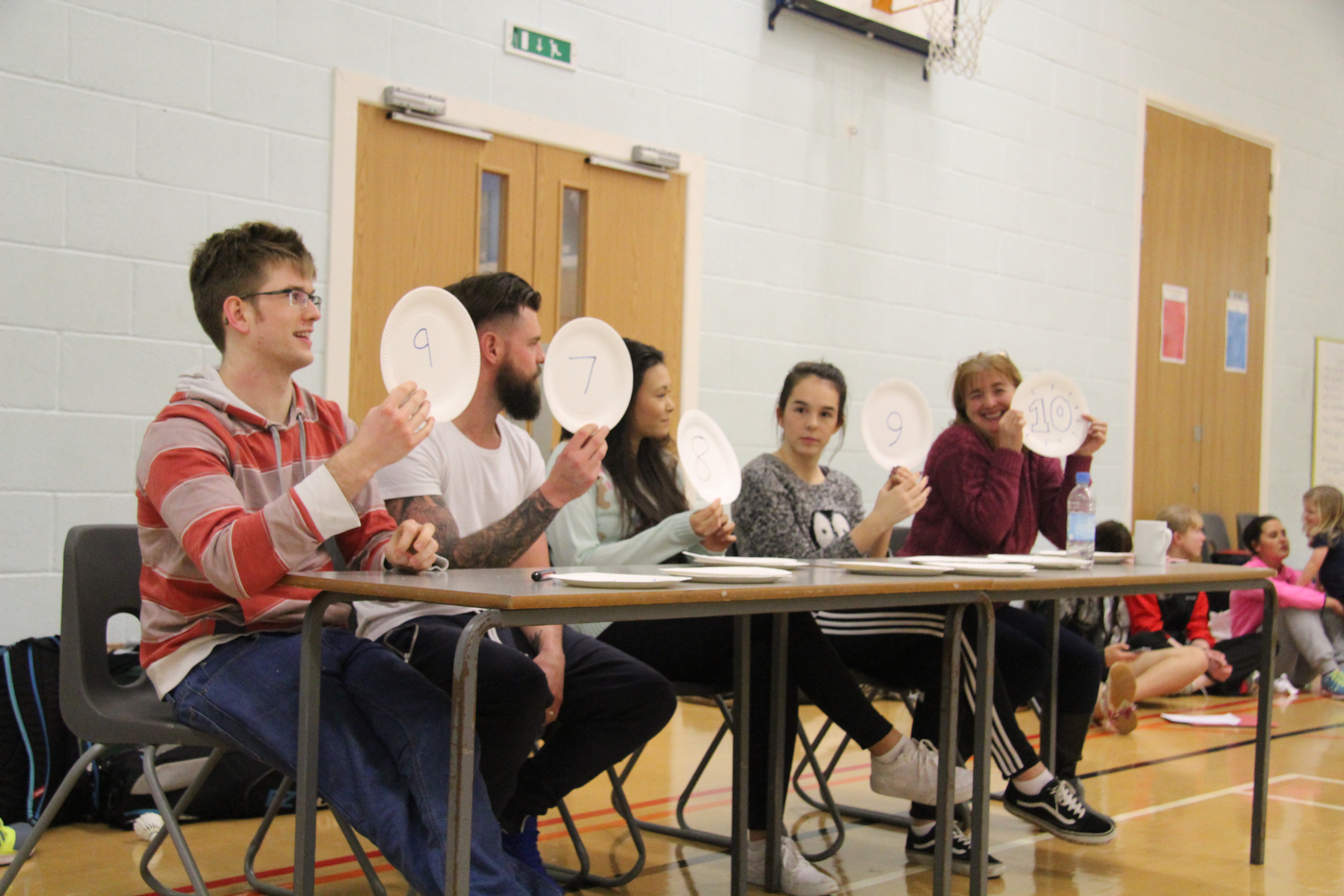 Thanks to everyone who attended and made it such an enjoyable 24 hours – see you next time!!